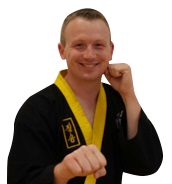 Dale is passionate about the benefits Dynamic Martial Arts can bring to you and your children. He has seen first hand how training in this martial art can change a students life for the better and has experienced these benefits himself through his own life. He was a shy overweight child, bullied and not at all sporty. A far cry from the person who is now a sought after instructor. Dale has also written many articles on Choi Kwang-Do and self defence for various martial arts magazines, in the UK and the USA. 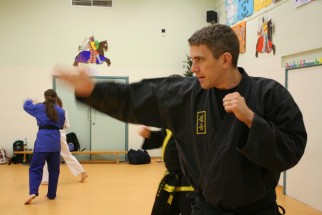 Peter is a third degree black belt and is a head instructor for the Trowbridge DMA classes.

View all our locations

You can find out more about which cookies we are using or switch them off in settings.

This website uses cookies so that we can provide you with the best user experience possible. Cookie information is stored in your browser and performs functions such as recognising you when you return to our website and helping our team to understand which sections of the website you find most interesting and useful.

Strictly Necessary Cookie should be enabled at all times so that we can save your preferences for cookie settings.

If you disable this cookie, we will not be able to save your preferences. This means that every time you visit this website you will need to enable or disable cookies again.

This website uses Google Analytics to collect anonymous information such as the number of visitors to the site, and the most popular pages.

Please enable Strictly Necessary Cookies first so that we can save your preferences!

Please enable Strictly Necessary Cookies first so that we can save your preferences!